In today’s post, we will take a break from deep learning and turn our attention to the topic of rejection sampling. We’ve discussed the topic of sampling some times on this blog before, such as Gibbs sampling and Markov Chain Monte Carlo methods. I thought it’d be nice to revisit some old relevant topics in statistics and sampling as a quick break. Let’s take a look at how rejection sampling works, and why you might consider using it.

Let’s say we have some function $p(x)$, which is too complicated to sample from. Sometimes, this distribution might not even be properly normalized, namely

Let’s say that we have sampled some sample $s$ from the proposal distribution $q$. How do we proceed from here?

With this intuition in mind, we might have a better of idea why the decision rule for rejection sampling is the way it is. The rule might be expressed as follows:

If the indicator variable, denoted as $\mathbb{I}$ is 1 (or true), then we accept the sample; else, we reject it.

This was my hasty attempt at formalizing, admittedly with some abuse and misuse of notation, so let’s clarify what the decision rule is in plain words. First, $K$ is just a constant we use to scale up the proposal distribution such that

Since we don’t know if the target distribution $p$ has properly been scaled or not, we have to scale the proposal distribution accordingly so that $q$ is always greater or equal to $p$ across the common domain. This makes a little more sense if you think about (2). This appropriate scaling will ensure that the fraction always lies between zero and one, which is what we want: we’re essentially comparing the value of this fraction with a uniform random variable sampled from the range $[0, 1]$. If the value of the fraction is larger than this randomly sampled uniform variable, then we accept the sample $s$; if not, we reject it and move onto the next sampling iteration.

Note the fractional expression essentially encompassing the intuition we developed earlier. If the denominator is small and the numerator is large, that means the sample falls under case (2); the reverse of that would be (3). The larger the value of the fraction, the more likely we are to accept it, which is the desired behavior.

Now that we’ve gained a basic understanding of how rejection sampling works, let’s get into the code implementation.

Implementing rejection sampling is actually very simple if we use the right tools. Let’s begin by importing the modules we will need for this tutorial.

First, we need a dummy target distribution which we want to sample from. Let’s use a simple Gaussian mixture model for the job.

Note that this Gaussian mixture is obviously not normalized appropriately. This is totally fine, and rejection sampling can handle the case for us.

Next, let’s use a simple univariate Gaussian distribution as our target distribution. It is easy to check that the target and proposal distributions share the same domain. 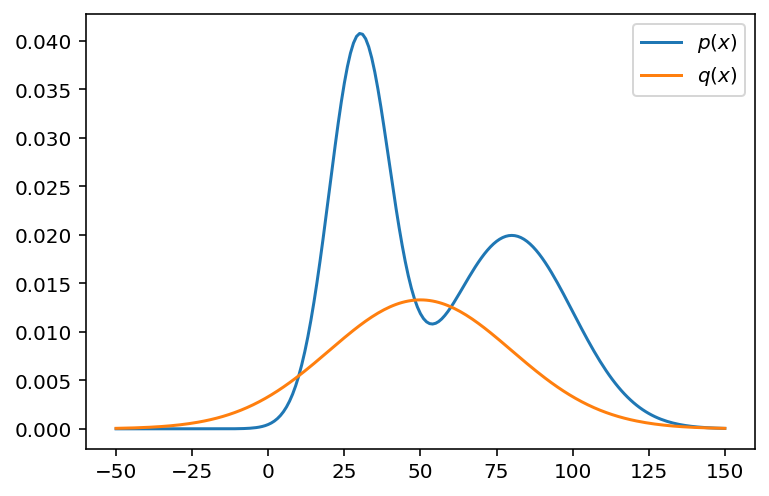 In this case, we only consider the domain from -50 to 150, so perhaps this scaling value is not exactly precise, but it should be good enough for our purposes. 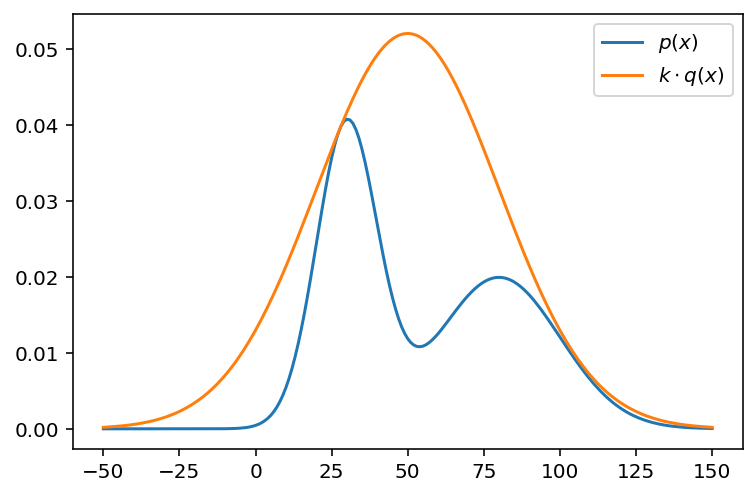 We could use a naïve iteration method to sample one sample, decide to accept or reject that sample, and repeat this process for a set number of iterations. This would take the form of some for or while loop.

However, every computer scientist knows that loops are slow. Instead, we want to make use of NumPy’s vectorization capabilities. This means that we can sample a whole bunch of numbers at once, compute the threshold decision value in parallel, and decide whether or accept or reject each sample, all at once in one scoop. Below is one way we could approach this simulation using vectorization:

First, we sample some numbers from the proposal distribution. The xs corresponds to these candidate samples. Then, we sample the same number of random variables from the uniform distribution. We then calculate the activation values and compare them with the sampled uniform random threshold values. If the activation is larger than the threshold, we accept the sample at that index. We then return only those samples that satisfy this condition.

Let’s see if this function can be used to reasonably approximate the target distribution. 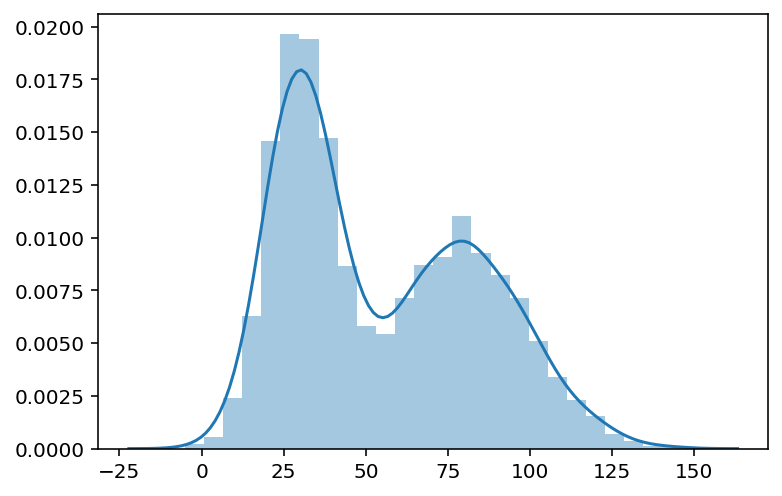 In this short post, we took a brief look at rejection sampling: when it is used, why it works, and how one can go about implementing it. While we’ve dealt with a rather contrived example in this post, it is not difficult to see how this algorithm could easily be applied in other real-life contexts when faced with intractable distributions.

More personally, this post was a good opportunity for me to revisit and remind myself of some of the older posts I’ve written back then, such as MCMC or Gibbs sampling. Sampling is used in all aspects of statistical programming. Having a basic understanding of how such methods work can provide useful intuition. It’s also interesting to think and learn about in the first place.